Finding a New Zealand dabchick on my local fresh water lake (Western Springs) became a lesson in frustration.  Such is their small size and ability to move quickly on the water, or descend as quickly as a submarine, one feels a sense of pride if you can get at least one photo per outing.

They change their buoyancy by adjusting the angle at which their dense waterproof feathers are held against the body. They eat mainly aquatic invertebrates, such as insects and their larvae, which it pecks from the surface or catches from the air. They can also eat small freshwater fish and crayfish, shellfish and leeches, which it catches during dives up to 30 seconds long.

They carry their chicks on their backs, nestled deep within their feathers.  Chicks hatch with irregular heavy black-brown horizontal striped markings on a white background, and a bright red bill with black markings. As the chicks get larger they will get tossed or dumped into the water at the blink of an eye.  The adults are dutiful parents spending time fishing and feeding their young.

There is a definite cuteness to these birds which makes photographing them even more compelling. 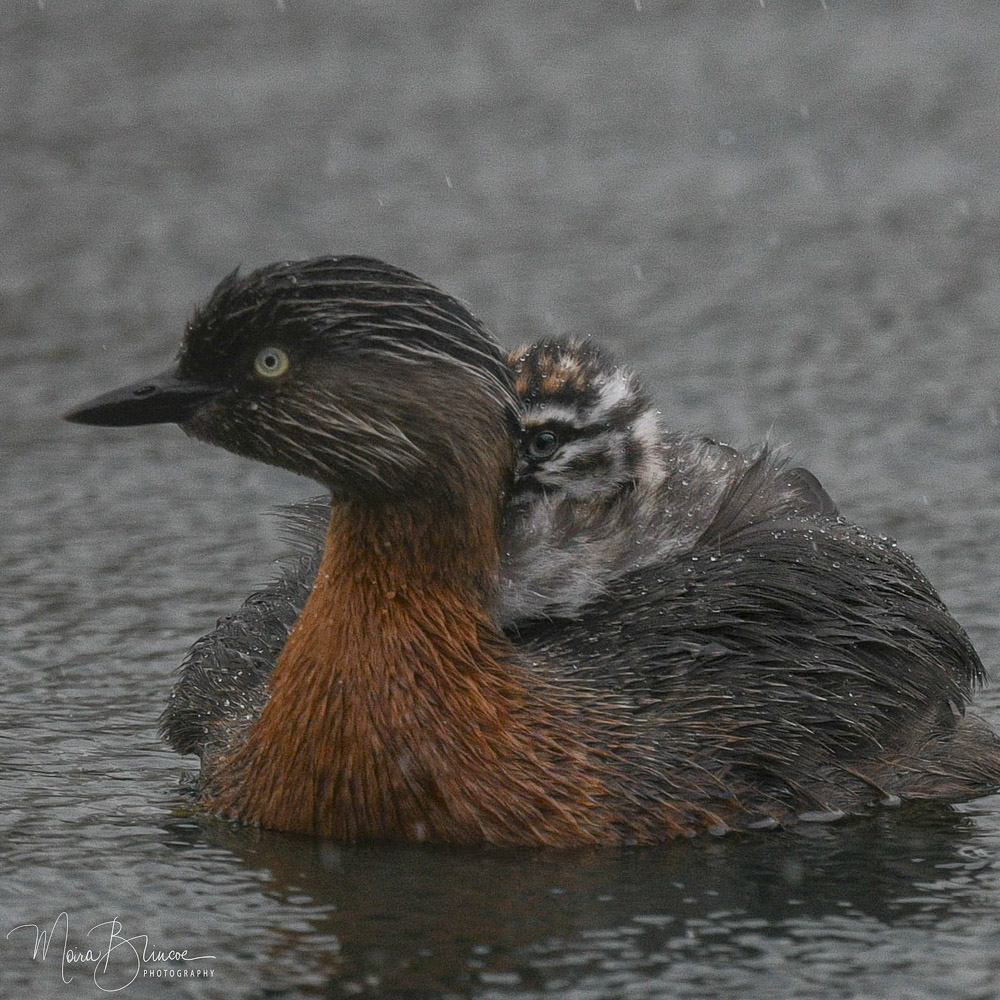 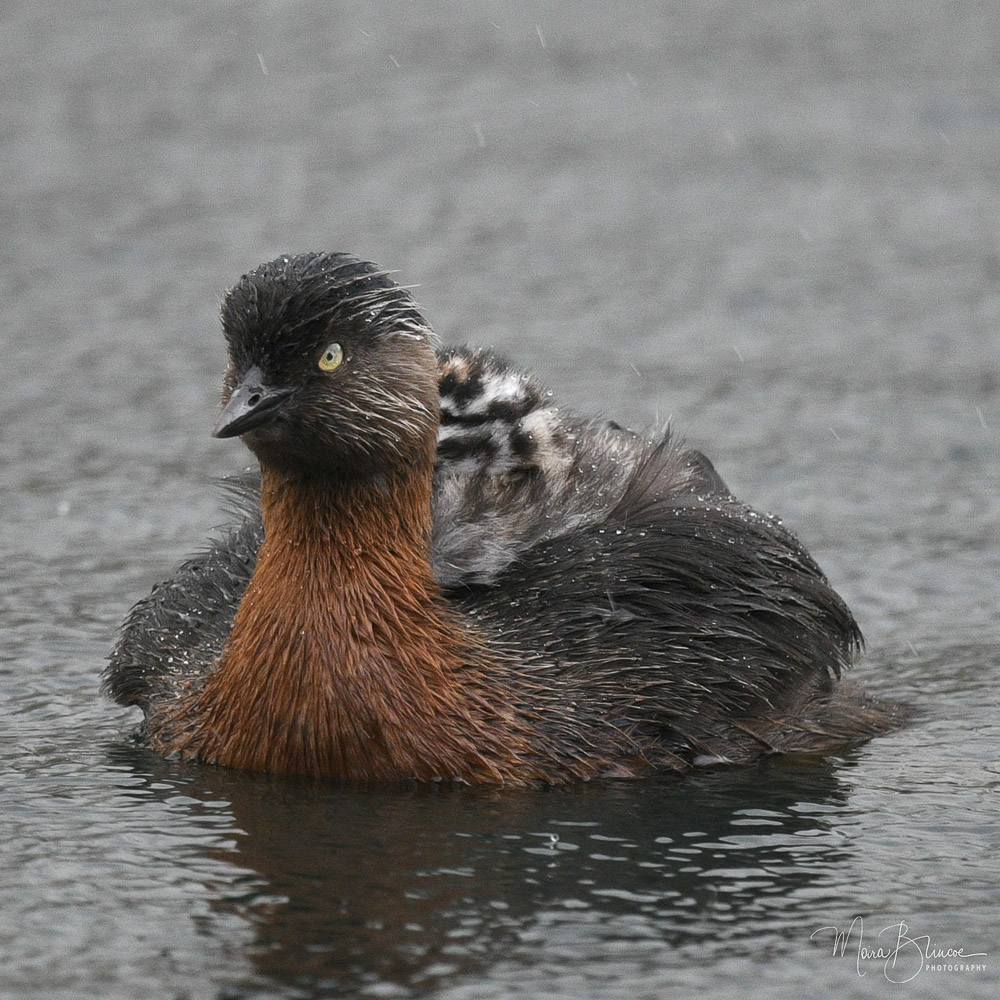 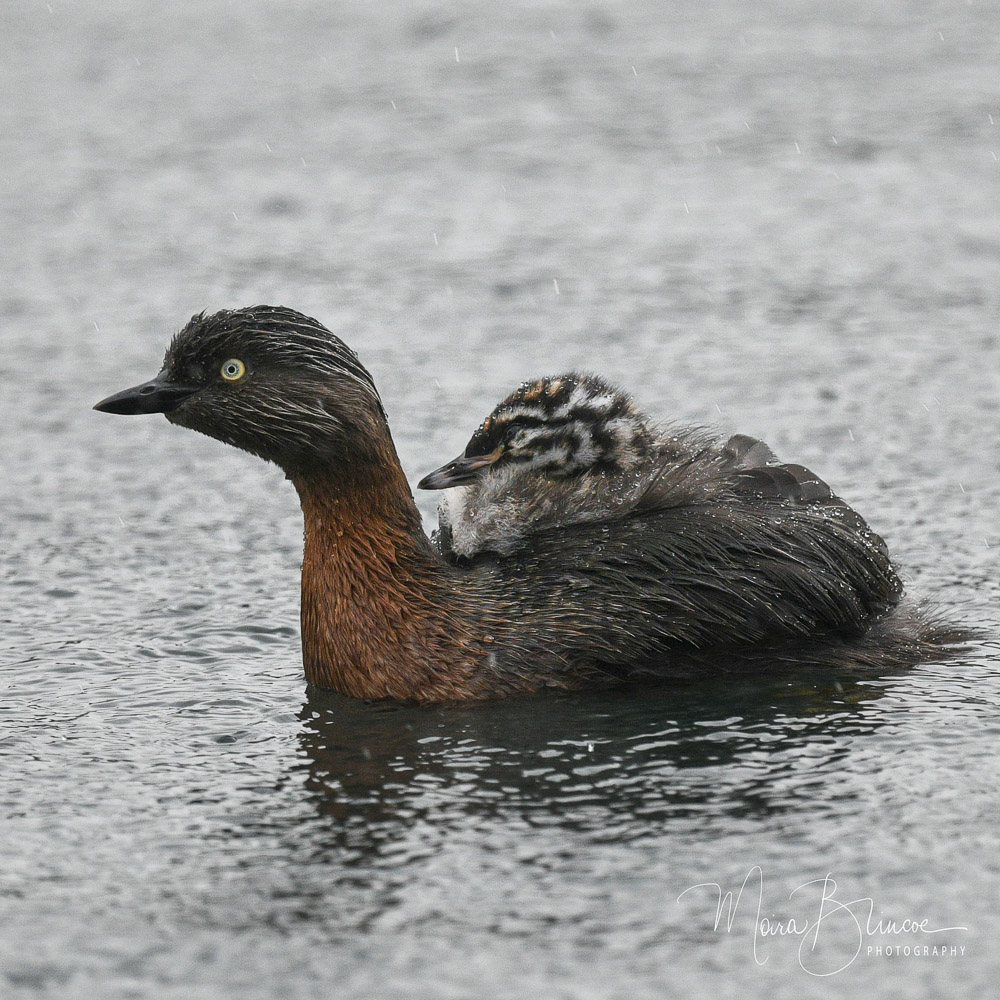 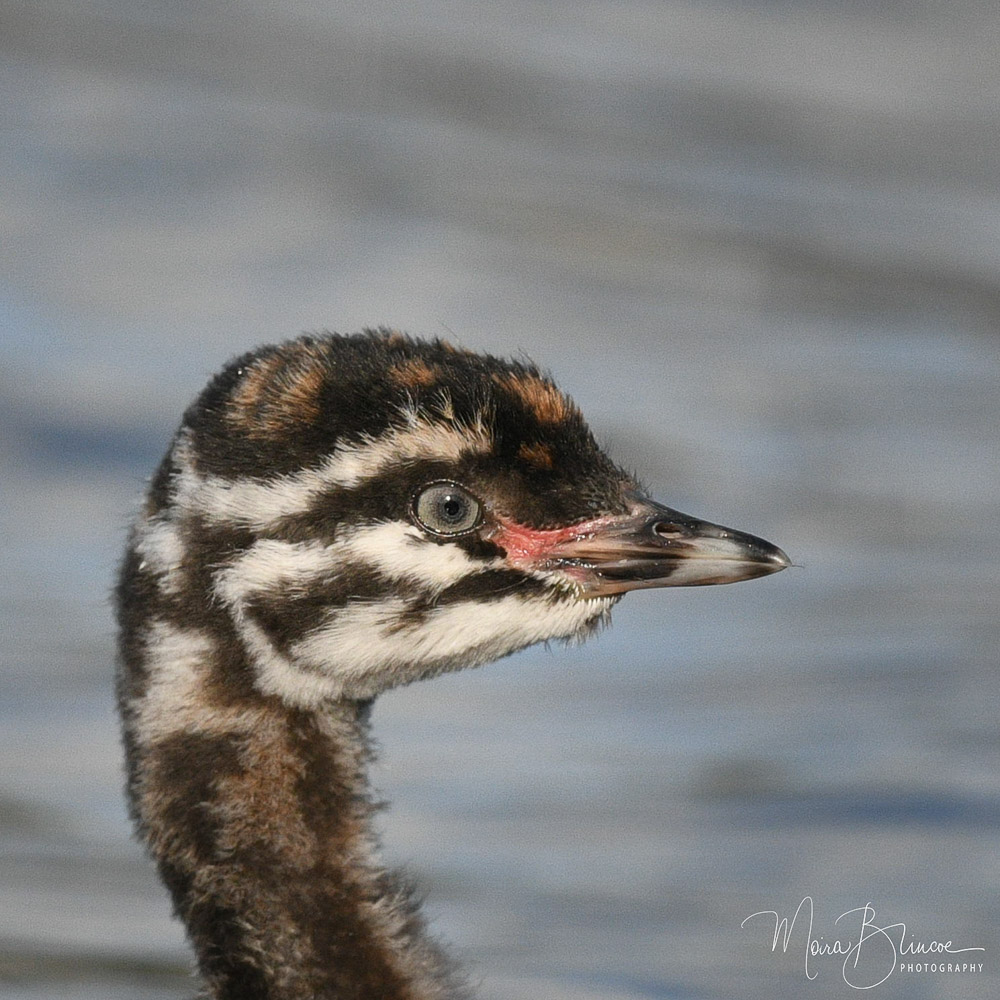 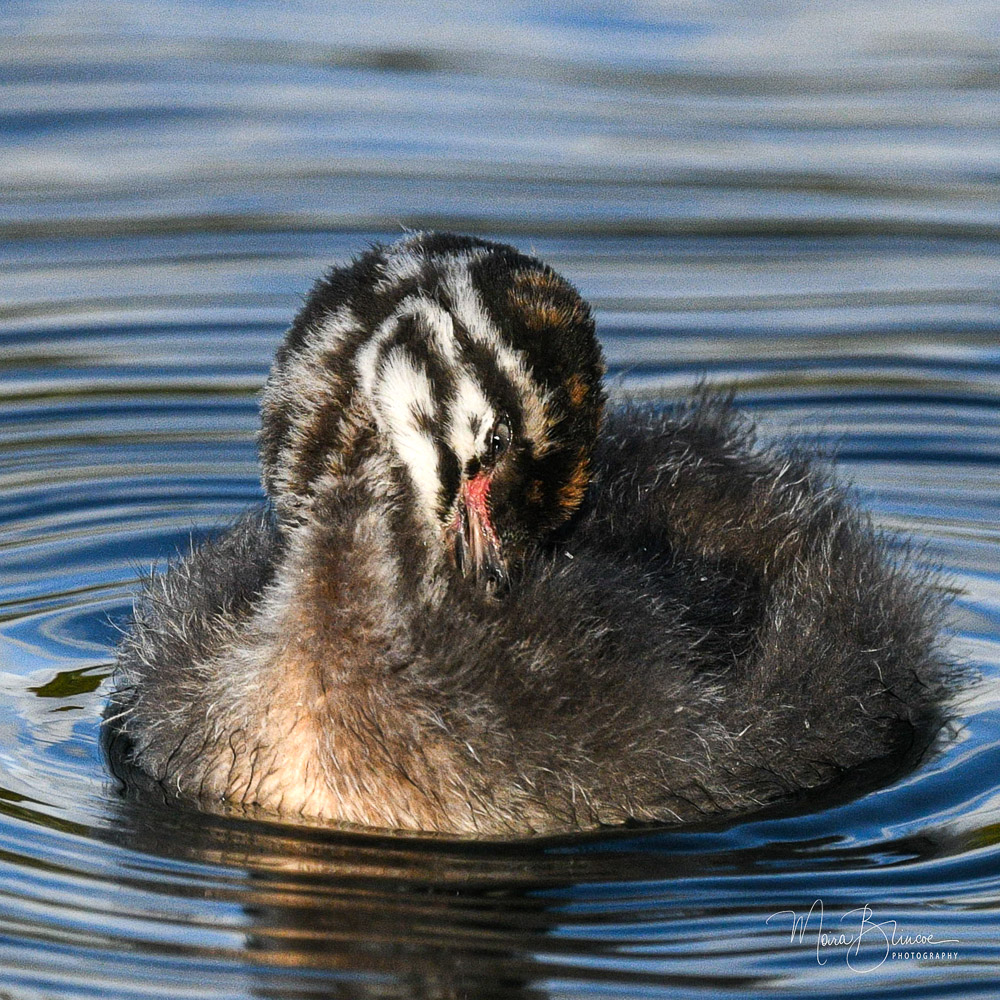 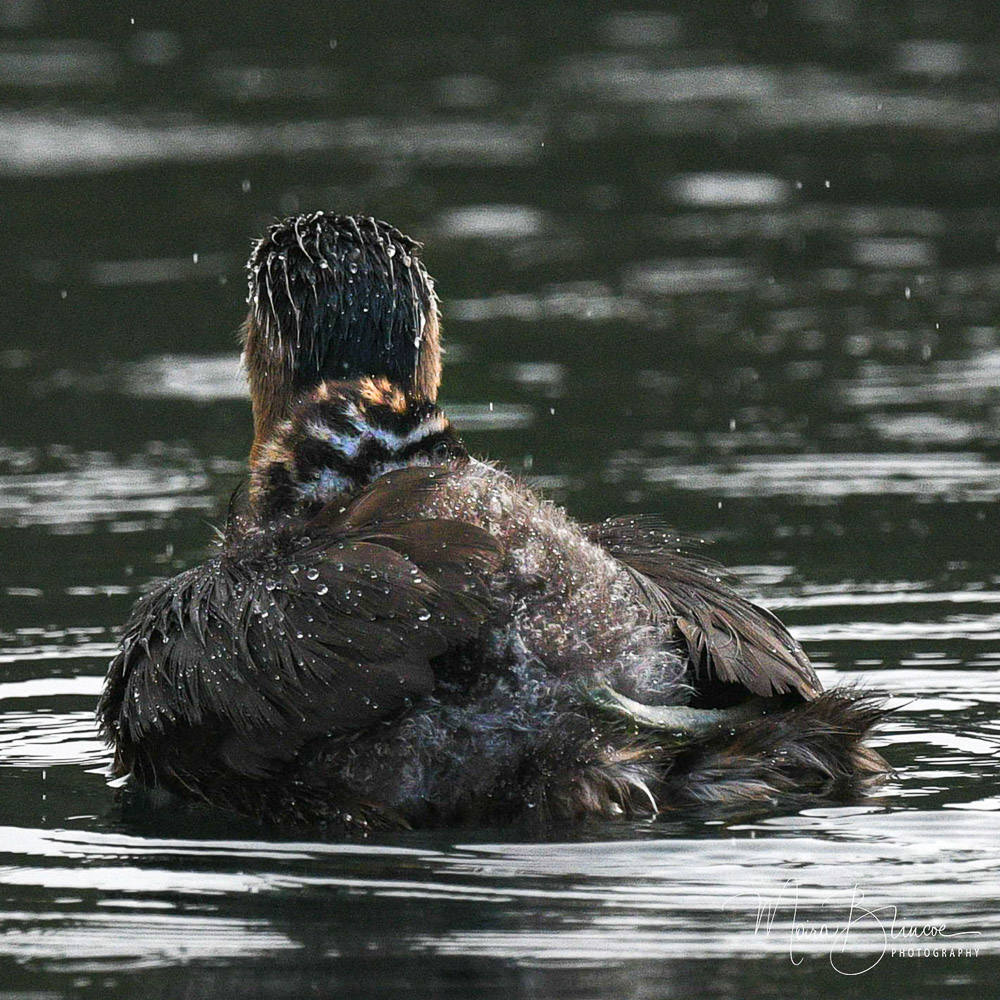