There are 12 shag species (also known as cormorants) found in New Zealand.  Worldwide, there are 36 species. They are fully protected by law, except for the black shag.

Shags live mostly by the sea, but also near lakes and rivers. Around New Zealand there are many colonies, some with several thousand birds.

Shags are one of my favourite birds to make a portrait with as they are often perched still on a rock, or sleeping.  Just a slight noise  will make them turn their head or open an eye to see what's going on. That's when I like to click the shutter! 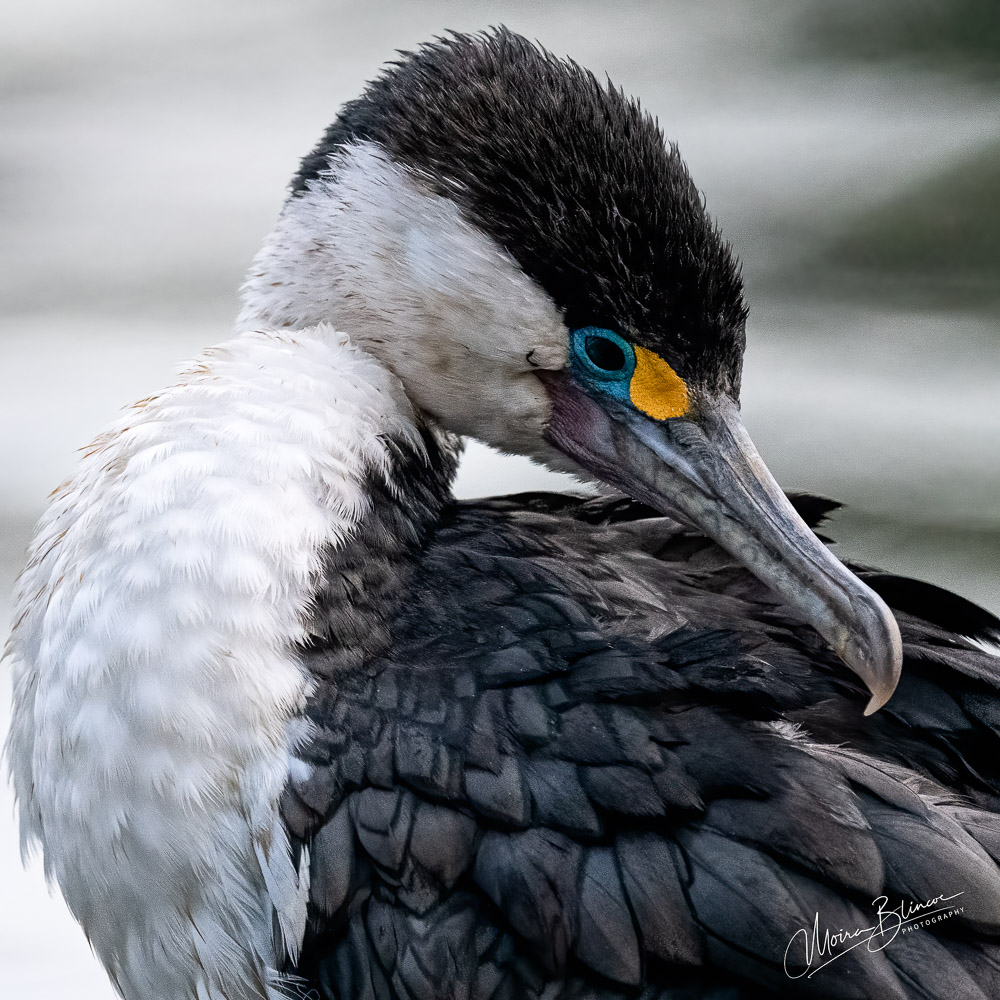 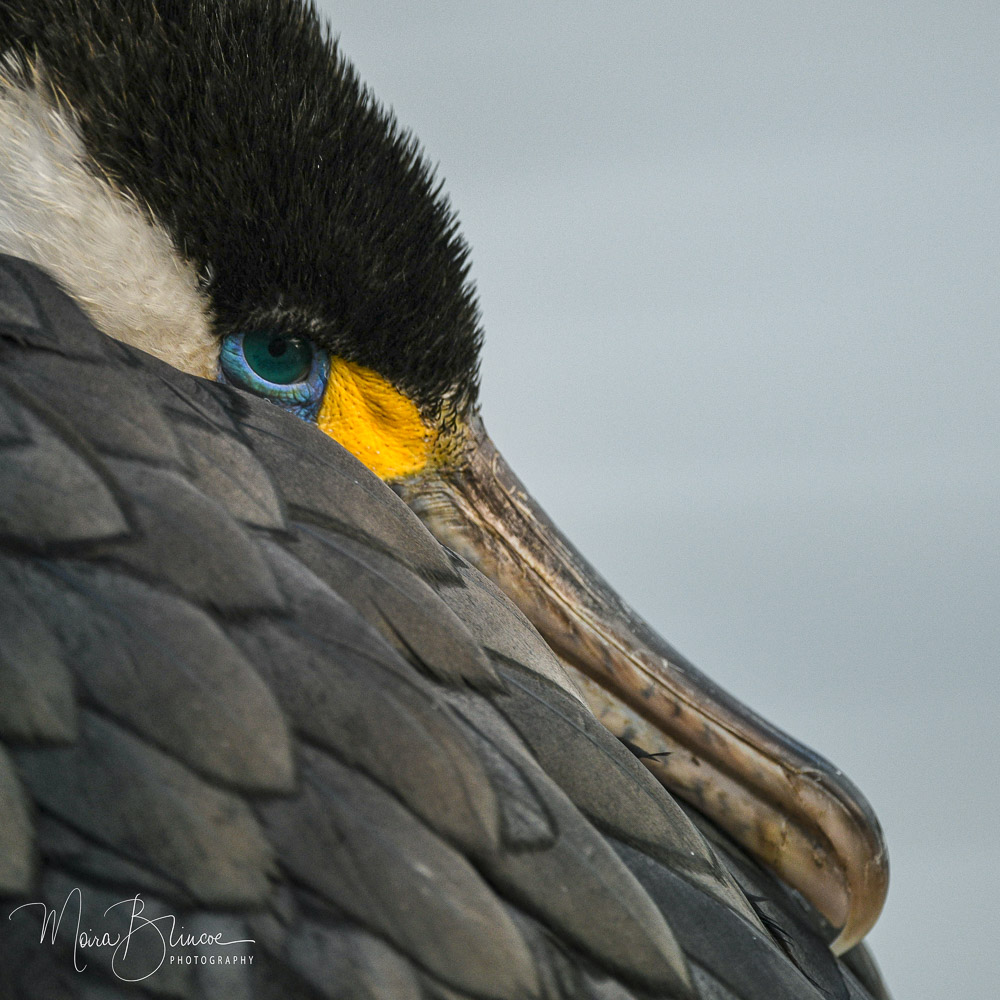 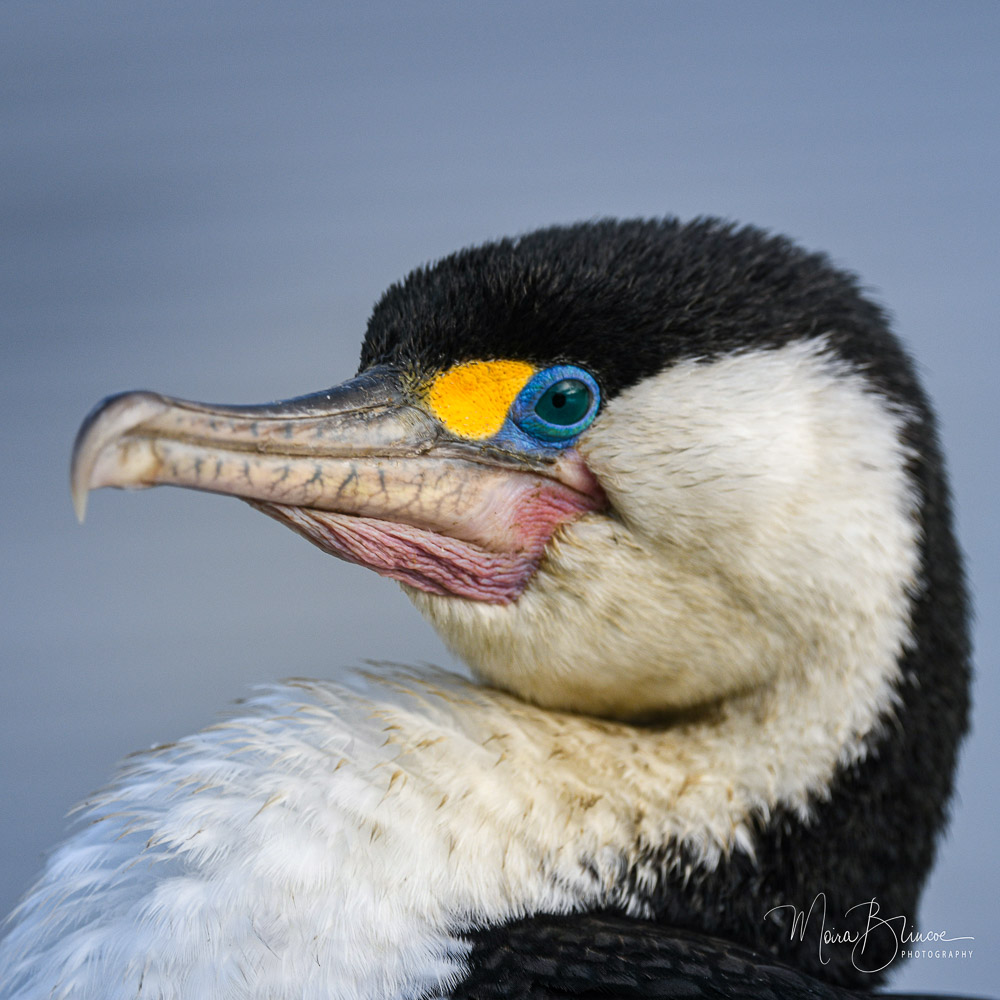